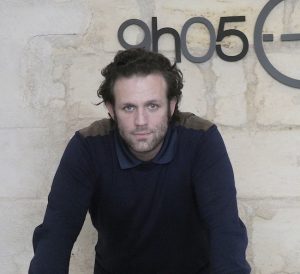 Founder and CEO of 9h05 International

Benjamin was born to a multicultural family. Since early childhood he was immersed in several languages, so logically he went into translation. He has been a professional translator since 2006 and has 14 years of experience in the translation of demanding, highly technical texts. He is an expert translator of the Judiciary council (No. 1867088) and a translator accredited by the Embassy of France in Ecuador. He also has several recognitions as a translator around the world.

In addition to his work as a legal and technical translator, he has translated several short novels, short stories, poems, essays and scientific and journalistic research articles. Many of his works have been published. He is also a renowned researcher in translation studies, linguistics and lexicology. His work in the field of Hispanic studies has been shared hundreds of times.

In 2009 he founded the translation company 9h05 International which quickly grew and opened several agencies around the world. Today, he is owner of several brands, patents and copyrights which bring to life his continuous work in improving his translation services and the customer´s experience.

With his tireless work and perfectionism, he was able to win the confidence of thousands of domestic and international clients including several multinational companies.

> See his profile on Linkedin